Here is a link to Psi Mankoski's Home Page. 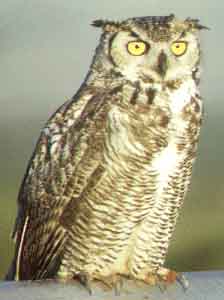 The name "VALIS" comes from the title of a science fiction novel written by Philip K. Dick (Bantam Books, New York, 1981, ISBN 0-553-20594-3). The following definition comes from the beginning of the book:

The machine Valis.COM, a.k.a. WWW.Valis.COM, located in Mountain View, California, is a Dell Precision Workstation 410MT with dual Intel Pentium III processors running at 700 MHz, with 256 KB cache per processor, 512 MB RAM, and 367 GB of hard disk space, running the RedHat 7.2 version of the Linux operating system. Linux is a free version of the Unix operating system. Linux is extremely reliable and makes a great Internet server platform. Best of all, full source code is available!

Valis.COM is connected to the Internet via an AT&T Asymmetric Digital Subscriber Line (ADSL) running at 6,016 Kbps downstream and 768 Kbps upstream. Now that the other endpoint of my DSL service has been moved from the central office to a much-closer remote terminal, the line is 5X faster and more reliable.

Send correspondence regarding this Web site to: www@valis.com